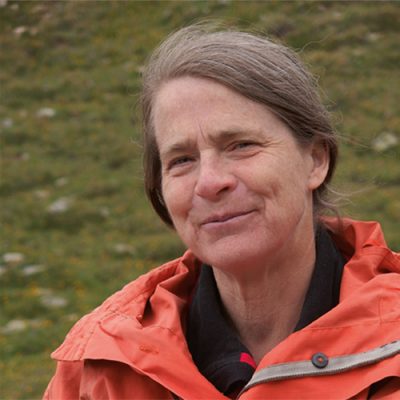 She is Austria’s best-known climate researcher and one of the most committed scientists working on the consequences of global climate change – “probably the greatest challenge of our time”.
Climate change is her life topic. Having just turned 70 years old, Austria’s “Scientist of the Year 2005” never tires of drawing attention to the consequences of climate change: “If we do nothing to combat climate change, there will be armed conflicts on a large scale, triggered by water shortages, drought disasters, rising sea levels and other extreme events”. She paints gloomy scenarios that show that a lack of environmental awareness will lead to failure, which would be fatal for all of us.
On the other hand, however, it shows that the threat of climate change can also be seen as an opportunity for overdue changes, and that measures necessary for climate protection also have otherwise desirable effects.
Already during her meteorology studies at the University of Vienna in the 1970s, Helga Kromp-Kolb came into contact with the topic of climate change, which will shape her later research. After obtaining her doctorate in 1971, she first worked as a research assistant at the University of Vienna, habilitated in 1982 in the special field of environmental meteorology and established the Department of Environmental Meteorology at the Central Institute for Meteorology and Geodynamics.
She was then appointed professor of meteorology and climatology at the University of Natural Resources and Applied Life Sciences, Vienna (BOKU), where she founded the “Center for Global Change and Sustainability” in 2010, which she headed until her retirement in 2017.
Her research focus is on environmental meteorology, in particular the dispersion of pollutants in the atmosphere and climate change. In recent years, her work has also focused on issues of sustainable development, the transformation of society and the necessary paradigm shift in science and society. She is one of the co-founders of the Alliance of Sustainable Universities in Austria.
But Helga Kromp-Kolb’s voice carries weight not only in science, but also in politics and business. She has acted in an advisory capacity for several Austrian federal governments and has been, among other things, chairwoman of the Forum for Atomic Questions, member of the Expert Advisory Board of the Climate and Energy Fund and scientific advisor at the Potsdam Institute for Climate Impact Research.
She was also instrumental in the establishment of the Climate Change Center Austria (CCCA). The CCCA, a network of climate research institutions in Austria, is the central contact point for research, politics, media and the public for all questions relating to climate research in Austria.

Helga Kromp-Kolb fights tirelessly to ensure that climate change is not just an issue for the elite, but is understood by everyone. In 2005 she published the “Black Book on Climate Change”, in which she presents complex scientific relationships in an easy and understandable way.
In her second, soon-to-be-published book, the renowned scientist appeals to each and every one of us that a rethink is absolutely necessary in order to keep the consequences of climate change within limits. Hurricanes, floods, droughts – extreme weather events caused by climate change are now far too often the cause of local and regional conflicts, leading to war, terror, migration and flight. It is the weaker members of society who are particularly affected. Less rainfall led to an increase in the outbreak of famine, particularly in poorer countries.
In some developing countries, economically hard earned income would regularly be destroyed within a few hours by a typhoon or hurricane – all of these are effects of climate change that directly affect people and will become more extreme and more frequent in the future, Kromp-Kolb said.
But the consequences of climate change are also being felt in the industrialized nations. Around 30,000 people fell victim to the great heat wave in Europe in 2003, among them mainly elderly people living alone and socially disadvantaged people.
Agriculture suffers from late frosts, floods, droughts, hail and new pests and diseases. Winter tourism is fighting against a lack of snow – there is hardly an industry that is not affected.
“The challenge is to provide a good life for all within the ecologically defined limits.
This requires a profound transformation of society and raises very fundamental questions about society’s values,” she admonishes.
Climate change is a consequence of the overuse of the resources of our global ecosystem. The phasing out of the age of fossil energy is not a triviality, nothing that can be solved purely technologically, but it also requires structural changes and changes in the lifestyle of each individual.
It pains them the impotence that so little is still being done to address the issue; that opportunities are being missed to stop climate change. But as a multiple Austrian national champion in orienteering and long-time coach of the national team, she is persistent and determined. With her popularity and her persistent efforts to raise environmental awareness, she has achieved a lot and moved many people.
Helga Kromp-Kolb has been honoured many times for this. She is Austria’s “Scientist of the Year 2005”. This award honours researchers who make their work and their subject comprehensible to a broad public and thus raise the image of Austrian research. In 2006 she also received the Golden Decoration of Honour for Services to the Province of Vienna and the Panda Award of the WWF. In 2008, she was awarded the Climate Protection Prize of the Austrian Hail Insurance Company and in 2013 she received the Grand Decoration of Honour in Silver for Services to the Republic of Austria. One year later, she was awarded the “Building Future Award”, which is under the patronage of the German Federal Ministry of Economics and Energy and honours every two years an outstanding personality in public life who has rendered outstanding services through top scientific research or outstanding social commitment. Hardly anyone else is as true of both as Helga Kromp-Kolb.

But Helga Kromp-Kolb is not only a renowned climate researcher, but also a true cosmopolitan: born in Vienna in 1948, the diplomat’s daughter grew up in France, Luxembourg, India and Austria. She was also later drawn from Austria to other countries. Among other things, she taught in the USA as Associate Professor at the San José State University in California. Helga Kromp-Kolb is married to the risk researcher Prof. Wolfgang Kromp.
Often frustrating, but then again deeply exciting and satisfying – this is how Kromp-Kolb describes her occupation with climate change, probably the greatest challenge of our time. But in exchange with scientists from other disciplines and far-sighted, creative people from civil society, business and politics, he says, the potential for positive change is revealed – and this is exactly what needs to be pursued.
It is too late for pessimism. Action must be taken. We need to act now! The renowned scientist is convinced that people, as the strongest creative force, bear an enormous responsibility. Climate change offers a huge opportunity for change. Courageously, sincerely and energetically, she has been fighting for decades for a greater awareness of how society can counteract climate change and shows ways towards a future fit for grandchildren. For her impressive commitment and persistent efforts, Prof. Helga Kromp-Kolb will be awarded the GREEN BRAND Austria Personality 2018.